Round Up of Fall/Winter Coffee Lovers Hop 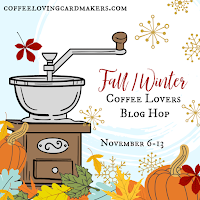 Well I managed 20 posts in the  Coffee Lovers Fall/Winter Hop
including 11 trivia questions.
Thank you so much all of you who took part and sent my your answers - I will announce a winner at the end of the post!
Here are my answers - this hop I took most of my questions and answers from this site - if you disagree please take it up with them!!
Post #3 During the COVID-19 pandemic of 2020, German company Melitta did what?

During the COVID-19 pandemic of 2020, German company Melitta redirected its efforts from making coffee filters to making medical masks. The company, whose filters were invented in 1908 by a Dresden housewife named Melitta Bentz, realized that the filters were the perfect shape to fit over a person’s mouth, nose and chin. All they had to do was replace the filter paper with a special melt-blown fiber normally used in their vacuum bags, then attach an elastic. The systems they already had in place allowed them to manufacture a million masks per day, which provided a big boost to Europe’s mask supply.

Post #4 How many litres of water go into each cup of coffee?
140 litres of water go into each cup of coffee. That’s about half a bathtub, and no, it doesn’t all go into the coffee cup. Rather, you need 140 litres of water to grow enough beans to produce one cup of coffee.
Post #8 Which country produces about one-third of the world’s coffee?
Brazil produces about one-third of the world’s coffee. In 2018, Brazil produced 3.6 billion kilograms of beans, which is more than twice as much as any other country. (Vietnam was second with 1.79 billion.) In about half a century between 1800 and 1852, Brazil’s coffee production went from virtually nothing to No. 1 in the world, a position it has held for the past 168 years.
Post #9 Where is the site of England’s first coffeehouse?
The Grand Cafe, a cocktail bar in Oxford, now occupies the site where England’s first coffeehouse was established in 1652. Within 25 years, England had 3,000 coffeehouses. Then, a paranoid King Charles II banned them.
Post #10 Can you give me an example of when and where Coffee has been banned in history?
Mecca banned coffee in the 16th century because they believed it inspired radicals. Nevertheless, Catholic clergy viewed it as a Muslim drink (Satanic, in their view) and asked Pope Clement VIII to ban it. The pope tried it, and liked it so much he had it baptized, jumpstarting its popularity in the Christian world. In 1675, King Charles II of England banned coffeehouses because he believed people gathered there to plot against him. The idea wasn’t so far-fetched: both the American and French revolutions were plotted in coffeehouses.
Post #11 A coffee bean isn’t a bean, what is it?
A coffee bean isn’t a bean, it’s the pit of a fruit. Coffee beans are actually seeds, which come from the inside of a fruit very similar to a cherry. In fact, they are often called coffee cherries. The plant’s scientific name begins with the genus Coffea, followed by the species. For example, arabica beans come from the Coffea arabica plant. Its pits are cleared of fruit and dried before being shipped away for roasting.
Post #12 There are two theories about the origin of the word “coffee”.

Can you tell me them?

The part of Ethiopia where wild coffee originated was called the Kingdom of Kaffa from the 14th century onward. That may be where the drink gets its name. Another theory says that the Arabians who first popularized coffee named it qahwah after one of their ancient drinks that was similar to wine. Qahwah became kahve in Turkish, then koffie in Dutch, and finally coffee in English.
Post #13 The world’s most expensive coffee comes from where?
Black Ivory coffee costs more than $500 per pound, or $50 per cup. The beans are sourced from the poop of elephants in Thailand, after they’ve eaten coffee cherries and excreted the pits. The elephants’ digestive enzymes are said to transform the compounds in the beans. It’s not a new concept—for many years, Kopi Luwak coffee sourced from the faeces of civets was regarded as the world’s priciest.
I also accepted Kopi Luwak
Post #14 What was the first Starbucks called?
To be clear, Starbucks the roasting company was always called Starbucks, but its first café in Seattle was called Il Giornale. Longtime CEO Howard Schultz opened the café in 1985, serving coffee made with Starbucks beans, because he thought cafés were the company’s future. His business partners, who had founded Starbucks as a roasting company, disagreed. Schultz bought them out in 1987 and began opening cafés to his heart’s content—an average of two per day for the next decade. He called them Starbucks.
As there was some confusion about this I also accepted Pike Place.
Post #15 Who wrote a comic opera about a coffee addict?
Bach wrote a comic opera about a coffee addict. In 1732, composer Johann Sebastian Bach wrote a comic opera called Coffee Cantata about a coffee-crazy young woman whose father tries to come between her and her coffee.
Post #18  What is the difference between a coffee pot and a teapot?
Tea pots are generally short and round whereas coffee pots are taller and narrower. The tea leaves go right into the pot first and then the hot water goes in second. The traditional “brown betty” teapot allows the tea leaves to swirl and unfurl and creates a wonderful brew. You have to stir the leaves in a teapot, so need the accessibility of a pot that is "short and stout". Coffee pots need to be narrow and deep to allow the grounds to settle as far from the pouring lip as possible. This stops one from pouring the grounds into your cup
Names of everyone emailing me a correct answer during the hopwent into the hat for the opportunity to win a prize...
The person whose name was drawn out of the hat is....

Congratulations!
Please email your mailing address to susanrenshaw0404@gmail.com and your prize will be in the post shortly! 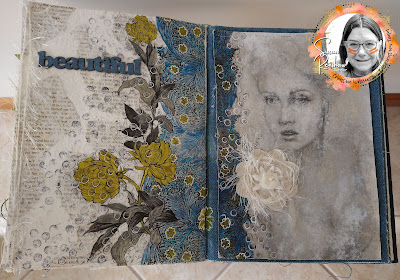