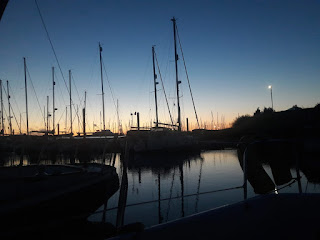 My brother sent me this photo to say 'good morning'. He is on his boat in Walton-on-the-Naze with his son, delighted that at last he can leave Derby. It is months since he has been able to go and check up on his boat!

If you have been reading some of my April posts you will know that when I saw
Effy's Blog Along, I thought I would share some 'diary' posts, along with some of the crafty things that I have been doing.
We are a pretty close family. Andrew 'Whatsapp's' me every day with 'the news', even though he is in the UK and I am in Australia. We have various family Whatsapp groups going on, meaning that I can keep in touch my brother and sister, nephews, nieces, aunts, uncles, cousins... In fact the only aunt who isn't on Whatsapp is my Aunty Kath - the one who sent both me and my daughter cards without stamps on - and they got here!! Actually it wasn't her fault. She had given the cards to her daughter to post... I was thinking of Aunty Kath today as I am wearing a jumper that she once persuaded me to buy,  on a shopping trip. She is an artist - painting and drawing and recently clay sculpting.
But today's post is about my brother, Andrew. Here he is looking for that pet toad that I told you about in an earlier post. 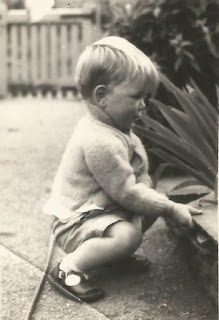 I always called him my 'baby brother' which he was - but people would imagine him like this, rather than how he is now, and just two years five months younger than me! No longer do my brother, sister Liz and I look like this: 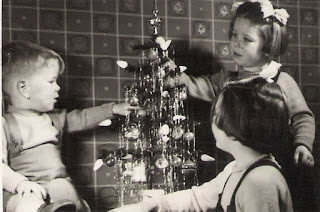 More like this! Actually this is one of my favourite photos  - we were in the pub killing ourselves over something . I think it was Andrew's eyebrows... 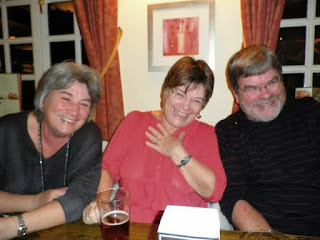 So what do I remember of my brother as we were growing up?
Yes, the occasion when he broke a toy violin over my head - I was being the horse on all fours and he was on my back 'riding'. The violin was his whip!  "Hi-yo Silver"!
Yes, I remember when he accidentally through a dart through my foot - and then so I would feel better ran a bath for me. Unfortunately he didn't put any cold water in and I put my foot straight in...
But I do remember when we would go to the family holiday cottage together, with Andrew as a new driver. We would sing all the way! At this time people would think we were twins as we looked so alike and Andrew was overtaking me in height...
I also remember when I would want him to take me out in his Scorpion sailing dinghy - the rougher the better and a quick blast across the Menai Straits! 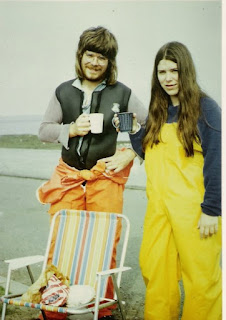 Here we are sailing much later - six or seven years ago... laughing! 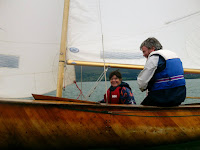 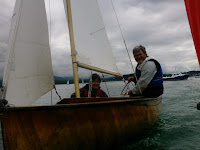 When Kevin and I bought our first house in the seventies, Andrew could always be counted on the come and help with the renovations: 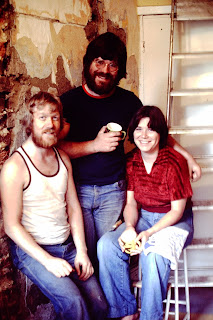 And now we look like this - taken just about a year ago before Kevin and I set off for Australia. 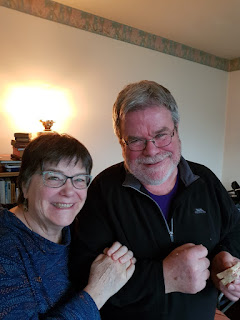 These days, Andrew is retired. But he volunteers at a local museum in one of the workshops (when it is open) 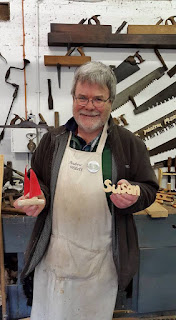 That's it for today...just a recent journal page to finish... 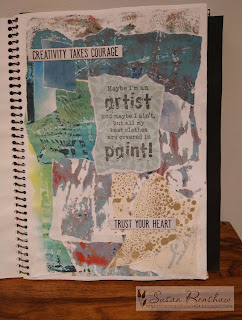 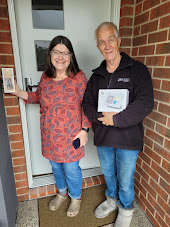 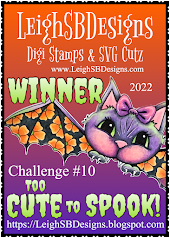 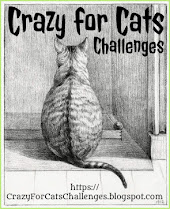 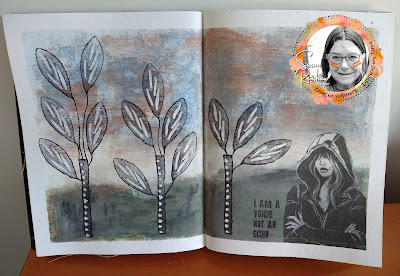