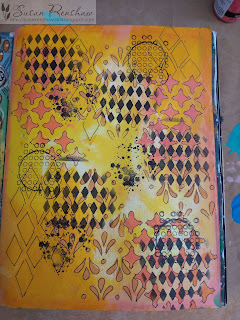 Next step  of my Wanderlust Week 16 with Dyan Reaveley. Now I have to find some stencils!

If you have been reading some of my April posts you will know that when I saw
Effy's Blog Along, I thought I would share some 'diary' posts, along with some of the crafty things that I have been doing.
I saw a mouse!
(Where?)
There on the stair!
(Where on the stair?)
Right there!
A little mouse with clogs on
Well I declare!
Going clip-clippety-clop on the stair
Oh yeah!
I wonder if you are all singing? But actually I did see a mouse this morning... Now, I don't mind the odd spider or even a small gecko - but a mouse? I imagine it is because the weather is getting cooler and we are quite countrified.
We have had a mouse before. When Kevin and I were students at Sheffield University we lived in bedsits. I was horrified one day to pick out a packet of biscuits from the cupboard and find that a great cave had been gnawed into the back. Then, we got humane traps and set the captured free in the neighbouring park. I am sure they came straight back!
Then again when we were living in Moelfre, on Anglesey, thirty or so years ago I again spotted a mouse. But this was in the country. We got traps this time - I always sent Kevin downstairs first in the morning, to check them.
But these occasions led me to putting EVERYTHING in plastic boxes. In fact, one of my lids in Moelfre, had tiny teeth marks in it - but I had foiled the critter!
And this drew me to selling Tupperware! I was pretty successful as a demonstrator, ending up with a houseful of plastic, but also winning lots of prizes.
By this time I had reached the age of 44 and I had never been on an aeroplane. My goal was to get on a plane before I reached 45. My birthday is in April. In March I achieved a trip to Puerto Banus in Spain, with Tupperware. So I had achieved my goal!
In June I achieved a trip to Orlando with Kevin. The kids were not so happy that we were going to Disneyland without them. But for me, another flight! 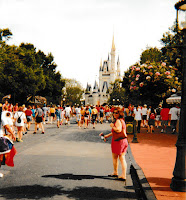 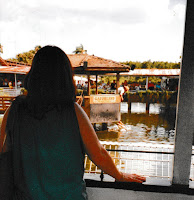 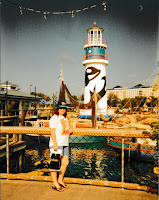 Then at the end of June (1998), we all flew to Australia. Kevin had been given the job in Melbourne. This was the start of many years of flying. When I was working in Hong Kong some six or seven years later, I was flying so much that I used up a whole passport in 2 years what with all the stamps and visas.
I wonder when we will next be able to board a plane and go somewhere? We last flew in February 2020 to come to Melbourne again. Before that it was around August 2019. We came to Melbourne so that we could join the whole family in a trip to Fiji. Dan and Lizzie were getting married! 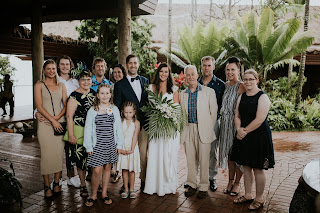 All for now - more tomorrow... 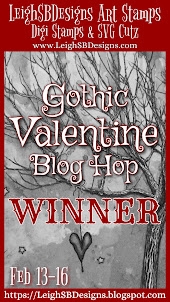 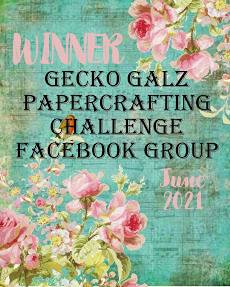 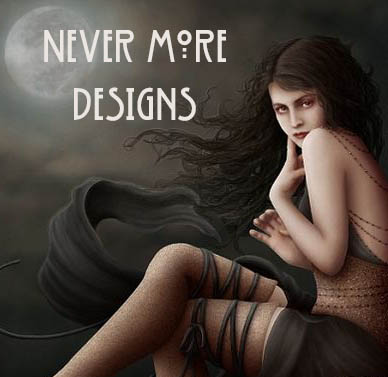 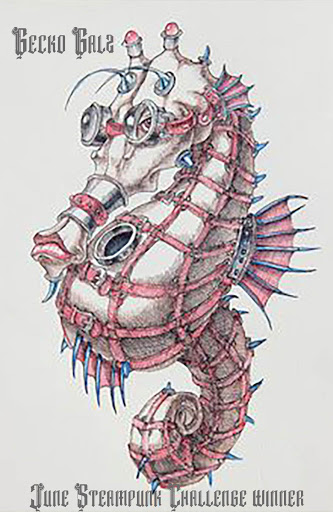 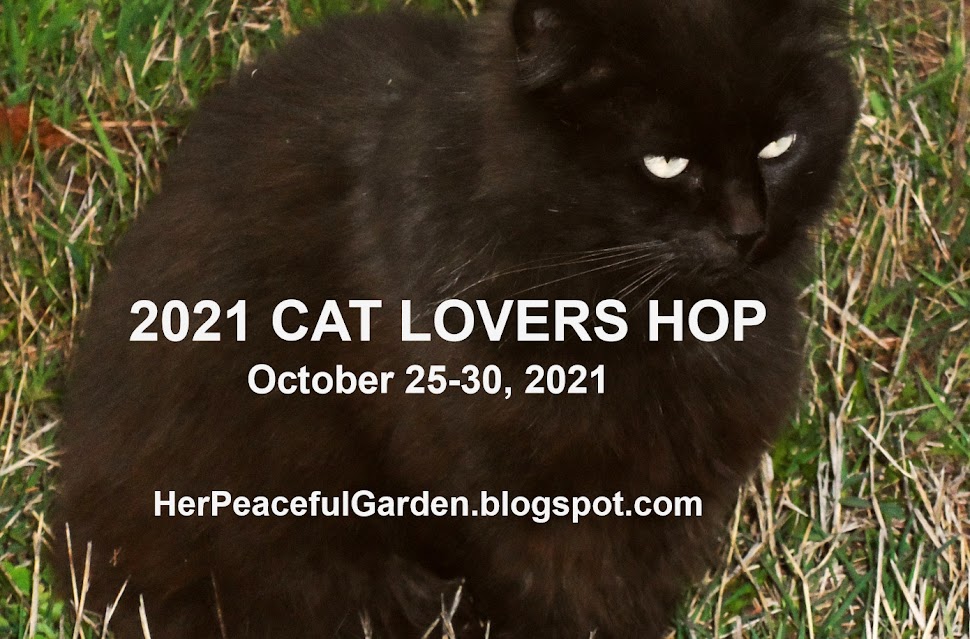 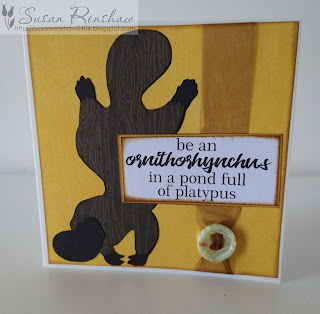